If you’ve been anywhere near social media in the last few days, you know that Apple made its annual new product announcement last week. Many tech fans and Apple enthusiasts tuned in to see Tim Cook unveil the details about the new operating systems, the iPhone 6s (and 6s Plus), the iPad Pro, the Smart Keyboard and Pencil, plus some smaller updates.

Many fans were excited by the new announcements, but there were also many critics who were disappointed by the lack of innovative, new products.

I watched the presentation unfold via Twitter, and I got two main takeaways: First, the iPhone 6s will come in rose gold, and second, Hermés is making a strap for the Apple Watch. So to get some better insight about the big reveal, I talked to some of my Studio 7 team members about their thoughts on the Apple announcement:

“I think the iPad Pro/ Smart Keyboard/ Pencil will be awesome pieces of technology and design. Yet, I will be holding out for an iPad Pro that can run OS X. My only complaint about the Apple TV is the lack of 4K support. I will be purchasing one when that is added. Besides the 4K issue, I think the addition of third party developers and applications will be great and will make users with smart TVs and steaming sticks want to purchase one. I have already ordered my iPhone 6s Plus. There are a lot of small refinements that end up giving it an edge over the iPhone 6. Besides upgrading to the Plus size, I am looking forward to the quicker Touch ID, always listening Siri, more efficient wireless radios, a better camera, better vibration motor, 3D touch, the more durable aluminum, and the iPhone Upgrade Program, which will allow me to pay monthly (like a lease-to-own) and not have to worry about selling my “like-new” device every year should I choose to upgrade to the next iPhone.”

“I had not originally planned be on board with anything Apple was releasing, but the camera on the iPhone 6s has been dramatically upgraded, which appeals to me a lot as a photographer. Yet, it feels like in recent years the thing Apple is lacking is Steve Jobs’ vision – they’re just trying to retool things that they already have on the market. Their innovation is starting to dwindle.”

I have been wanting a Microsoft Surface Pro for a while, so maybe I’ll consider an iPad Pro instead. The thing with Apple is that they market themselves as being ahead of the game, and I feel like right now they’re behind. They’re losing the race at the moment.”

“It was a little bit of a disappointing update, but we need to remember that it was a system update, not a major update like last year. I absolutely love the new iPhone, and would really like to get one, but it seems like a lot of hype around just a few new features. I’m eager to see the iPhone 7 next year. The iPad Pro is a stroke of genius, and it will be a great tool for certain users, like designers. I don’t think it appeals to the average user because you can’t take it on the go. My favorite thing is the new Apple TV. I have two right now and I’m chomping at the bit to get the new ones.”

What are your thoughts? Do you think Apple is losing its innovative steam? Or are they as innovative as ever? Weigh in with your opinion in the comments section! 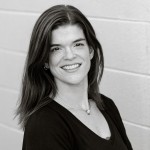